We're dead chuffed to have been reviewed by Tom Vasal and the Dice Tower. Even more so that they gave us the Dice Tower Seal of Approval. The review is pretty much spot on so click on the play button and have a gander!

Whilst you're at it you can subscribe to the Dice Tower's You Tube pages here: 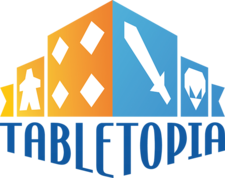 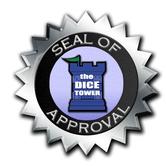 We've partnered with the very cool folks over at Tabletopia to bring you Creature College Online! Creature College will be available as a premium game when the platform launches fully later this year but in the meantime you can grab some friends and play the demo.

Simply log on to the Creature College demo here and enjoy!

CREATURE COLLEGE IS GIVEN THE DICE TOWER SEAL OF APPROVAL

Tanks of bubbling purple goo line the walls of Ulf's research lab. Strange partially obscured creatures turn and twist in them whilst he tinkers at his desk with a strange device. He flips a switch and the device hums menacingly into to life. "Muah ha ha ha!" He laughs in triumph, "I'm coming for you now Hokai!"

Creature College is a board game for 2-6 players. You play a student at Creature College at the University of Aldebaran for exceptionally gifted children. In the board game your character will have a mission and a special ability. You'll collect creatures, build research lab components and fight battles to collect victory points and win the game!