The largely unsung heroes of any games project are its play testers. We have a large group of play testers for Creature College comprising about 20 people. Although we're really in the final stages of testing we keep on making tweaks to the mechanics and points values within the game and our testers continue to be vital.

A full list of all our testers will be published in our rules booklet and on our website at launch but you can join in and test our final beta at some of the games shows in our events guide over the summer. Look for our banner, come over and have a game with us! We'll also be looking for more play-testers for new games so drop us a line and let us know if you're interested. 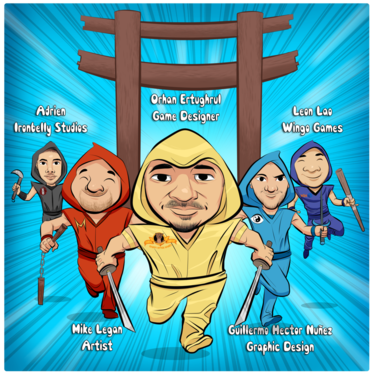 We're very fortunate to have built a massively talented international team of board game ninjas to help us with the design, illustration, marketing and printing of Creature College. With an artist in New York, designer in Argentina, animation studio in Montreal and a printer in China it's just possible that we could be more distributed but probably not without surgery.

We're working with Wingo Games based in GuangDong Province China for the printing of our game, Mike Legan is our fabulously talented artist, Guillermo Hector Nuñez is our designer and we work with Ironbelly Studios for other media work. Creature College is our first game but as our portfolio grows we'll be looking for more talented people to work with. We'd love to take some of our games into the digital world and will be actively pursuing opportunities to make that happen.

Currently Happy Otter Games doesn't employ anyone, but who knows, in the future that may change. Keep an eye on our site for details.

Happy Otter Games is managed by Orhan Ertughrul. Having spent almost two thirds of his life in school he was persuaded on his 30th birthday to go and get a real job. Mostly he's discovered that this entails sitting around in rooms full of people looking at power point slides with occasional breaks for coffee and texting.

Most of the time he creates products for other people but last year his friends foolishly said to him "Hey Orhan, why don't you create a game." After six months of him becoming a virtual hermit between bouts of feverish play testing they're probably wishing they hadn't! He is passionate about games and would love to hear from you if you have any ideas or just happen to know any really cool stuff! 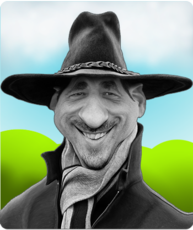