In the dead of night he slithers quietly towards his victim! Aeiiiii! "Rhubarb of Death" attack!

Ninja Snails is a card game for up to seven players. In it you play one of the leaders of the seven Ninja clans of Japan (OK so we played a little fast and easy with history here). Your task is to gather or steal as many Koku as you can and become the greatest Ninja clan in Japan. Can you manage to stealth past your enemy to steal their stuff or are you just going to disable their pesky Ninjas one by one? It's a chaotic race for top so hang onto your shell! It's going to get crazy!

Creature College is a board game for 2-6 players. You play a student at Creature College at the University of Aldebaran for exceptionally gifted children. In the board game your character will have a mission and a special ability. You'll collect creatures, build research lab components and fight battles to collect victory points and win the game! 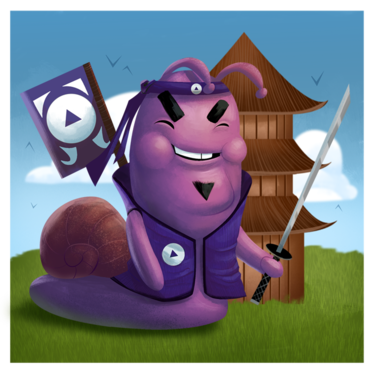 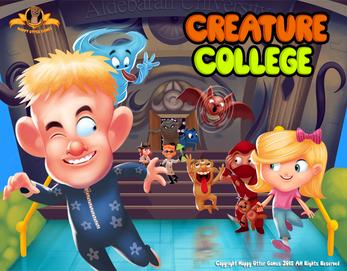 Creature College is our first game and launches on Kickstarter Autumn 2015. We're already working on some new games and the first of these to have moved a little beyond just concept is Ninja Snails. Watch this space for more information about Ninja Snails over the coming months.