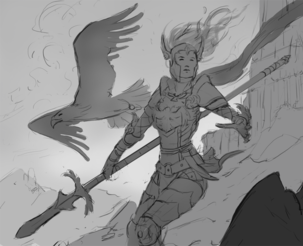 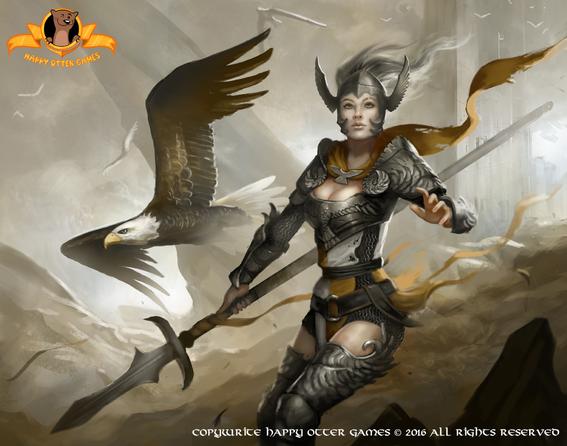 Currently on our roadmap for a 2018 Kickstarter release Sverdgard will be largely a worker placement game but with a number of other interesting mechanics all based around the idea of gaining honour. Sverdgard is a complete departure from the zany worlds of Creature College and Ninja Snails. It's dark, epic and compelling, steeped in the rich, varied races and creatures of Norse mythology. 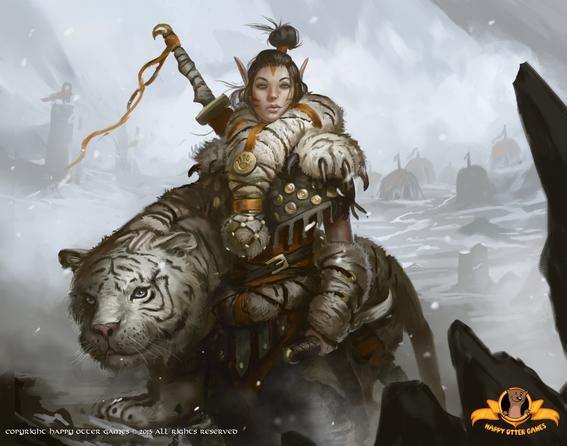 Said to be directly descended from the offspring of the Gods and Valkyrie this matriarchal race of warrior women inhabit the high holds of the mountains of Sverdgard. Implacable foes in battle they are taught to fight from an early age whilst the men tend to the hearth and look after the children. Although not as long lived as the elves their ancestry bestows upon them unusually long lives.

The Ice Elves Of Sverdgard are a nomadic peoples. They follow the reindeer herds and eek a meager living from the land. Very much in tune with the bleak and hostile climate of Sverdgard the Ice Elves are protectors of the balance of things. With a culture stretching back millennia they are considered to be the wisest of the folk of Sverdgard and although they may seem recluse and aloof they're counsel is often sought in matters effecting the future of Sverdgard.